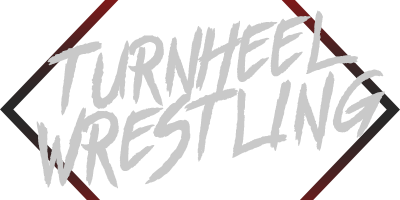 Josh Alexander is the fifth guest on The People’s Interview.

Today we bring to you a new edition of our section called “The People’s Interview” where we interview different personalities from the world of wrestling, whether they are wrestlers, journalists, announcers, etc. On this occasion, we chat with Josh Alexander, current IMPACT Wrestling wrestler.

1. First of all, what do you think you would be doing for a living if you had not become a wrestler?

I’d likely own my own business working for a unionized trade like electrical or something. I’ve maintained a full time job during my entire wrestling career in the skilled trades & construction.

2. Is there any other sport you like to watch or practice?

I love basketball. It’s always been my favorite sport to play and watch. But I enjoy playing any and all competitive sports.

3. Apart from getting inside the squared circle, are you working on any side projects at the moment?

I have a few ideas for training and promoting once this pandemic restrictions lessen. But until then just my day to day careers.

4. What has been your favorite moment or anecdote in your career?

Getting signed publicly in the middle of a destiny ring by Scott D’Amore to start this latest chapter of my career stands out.

5. Which is a promotion (active or inactive) that you have never been part of but would love to wrestle for?

NJPW, NOAH, DEFY, Attack & traveling to Australia all stand out. I’ve knocked all my north American goals off my bucket list so traveling overseas would be what I want next.

6. Is there any wrestler or wrestling personality (active or inactive) you would love to share the ring with but haven’t yet?

The ultimate dream opponent is AJ Styles. But shingo Takagi & Ishii from njpw are high on my list as well.

7. In sports and performing arts, it looks like it is almost a must to have some kind of ritual before competing or going on stage. Do you have one?

I physically stretch & warm up. Usually try and visualize some scenarios that might occur in my match.

8. What is your favorite wrestling match of all time? Not necessarily the best match, but the one you enjoy watching the most.

I had a singles match locally for PW365 vs a young Canadian standout in Judas Icarus a couple of years ago that I feel is one of the best matches I’ve ever had. It’s hosted free on YouTube for anyone interested.

9. And your favorite wrestling move?

I have a love for the Ankle Lock.

12. Winning a match: via pinfall or submission?

Winning is winning. If I hate the guy I’d rather make him tap.

And that’s it – our fifth edition of The People’s Interview with Josh Alexander as our guest. If you are part of the wrestling industry and want to be one of our future guests, please contact us through our social media. See you next Saturday with a new interview!